The train ride from Rome to Nice was both beautiful and tiring. It was a 9 hour trip with two stops, but we followed the Mediterranean Coast almost all of the way which was stunning.

When we arrived at the hotel, there was an awesome sunset, which was even better with our three window view of the sea from the 4th floor. You can get some amazing hotel deals by booking ahead on the Internet! See photo.

After a day relaxing and shopping yesterday, and some sun today, we are ready to support the All Blacks vs France at a pub tonight. They are playing in Paris only three days before we get there, but at least we're in France to see us win.

After a trip to Monaco didn't work out, Rachel and I went to the Museum of Nice, just down the road. The building was built during Napoleon's first reign, and donated to the public as a museum in 1921.

Tomorrow will be another long day to get to Barcelona, but hopefully with more nice scenery. 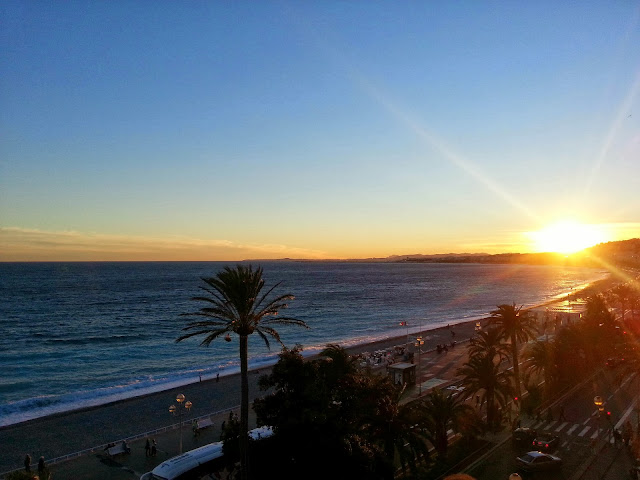 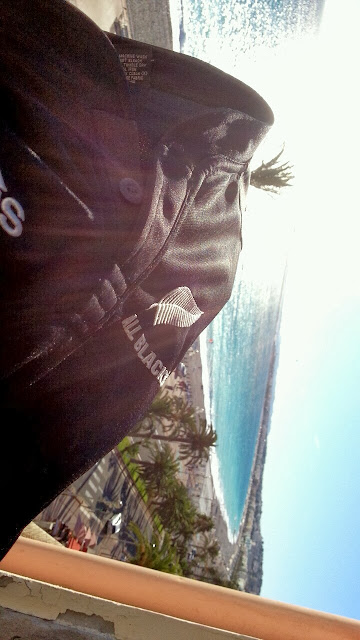